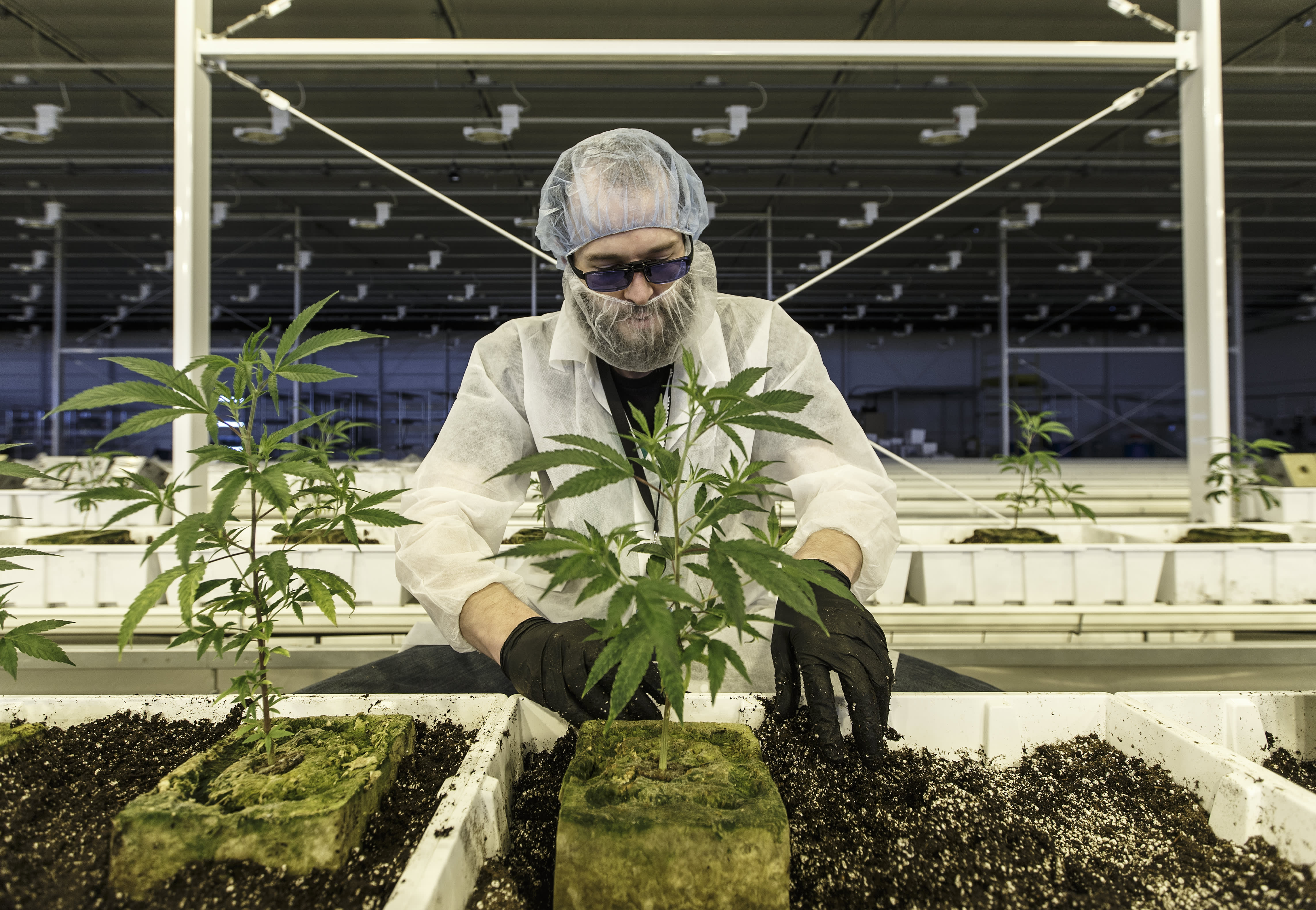 An employee tends to marijuana plants at the Aurora Cannabis Inc. facility in Edmonton, Alberta, Canada, on Tuesday, March 6, 2018.

Check out the companies making headlines after the bell.

Applied Materials — Shares of the manufacturing company climbed 4% in extended trading after Applied Materials reported second-quarter financial results. The company said it had earnings of 89 cents per share excluding some items on revenue of $3.96 billion. Analysts polled by Refinitiv anticipated earnings of 94 cents per share on revenue of $4.13 billion.

Aurora Cannabis — The medical cannabis company’s stock soared 15% in extended trading after Aurora posted its financial results for the third quarter. The company reported net revenue excluding provisions of $78.4 million, a quarter-over-quarter increase of 18%. Aurora gave a loss of $45.9 million as its adjusted EBITDA, which is a $34.4 million improvement from the previous quarter. Aurora’s stock fell to a 52-week low earlier on Thursday.

Dillard’s — The clothing retailer’s stock climbed 9% in extended trading after the company reported first-quarter earnings. Dillard’s said it had revenue of $787 million versus analysts’ estimates of $896 million, according to Refinitiv. After temporarily closing all of its 285 store locations amid the coronavirus pandemic, the retailer said it had reopened 149 locations to date, according to a company statement. Dillard’s saw its stock hit a 52-week low earlier on Thursday.

Denny’s — Shares of the restaurant chain shot up 14% in extended trading after the company released its first-quarter earnings. Denny’s said it had earnings of 17 cents per share excluding some items on revenue of $96.7 million. Analysts expected earnings of 11 cents per share with revenue of $98.7 million, according to FactSet. The company’s same-store sales improved over the last few weeks of April and average unit volumes of off-premise sales more than doubled from February to April, according to its earnings release. Denny’s also reported that it has reopened 521 locations with limited capacity in 21 states — 272 U.S. restaurants remain closed.